Guardianship, in some jurisdictions referred to as guardianship of the person, occurs when the Court appoints one or more people to be responsible for, and make decisions for, another person who may be of any age. The person for whom a guardianship is established is usually referred to as the “ward”. Guardianship of an adult is indicated in cases where the proposed ward lacks sufficient understanding or capacity to make or communicate responsible decisions concerning the individual’s person.

For example, an adult may be incapacitated due to injury or disease. In those cases, often a family member will seek to be appointed the guardian. This is especially important so that someone can give consent for medical treatment, and decide where and under what conditions the ward will live. When more than one person is appointed as guardian, there can be authority for each of the co-guardians to act independently. 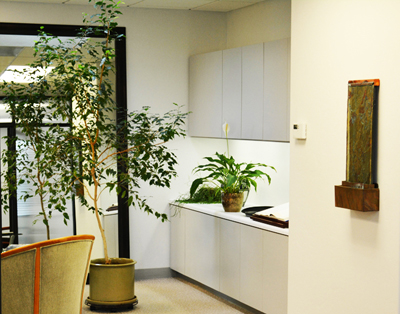 Guardianship usually does not include authority for the guardian to manage the ward’s finances, especially where there are significant assets. In those cases a conservatorship is probably indicated. The court appoints a conservator to administer the financial affairs of another person, much like a guardian makes decisions about the living arrangements and medical care of the ward. In many cases, both a guardian and a conservator need to be appointed by the Court, and one person can serve as both guardian and conservator.

Areas of a Guardian’s Responsibility

How Do You Become a Guardian in Arizona?

It is advisable to engage the services of an attorney with experience in the Probate Court. It is possible to represent one’s self in these matters but that is usually not a good idea because even the smartest person is likely to make procedural errors that can take time and be costly to correct.

One of the first issues to be addressed in any prospective guardianship matter is whether there is an emergency situation. An example of an emergency is where the proposed ward is placing himself or herself in serious danger, or where the proposed ward, due to impaired judgment, is putting others at risk of harm. There are other types of emergencies as well, and any serious emergency probably justifies an emergency guardianship procedure. When such procedure is invoked, the Court and the attorneys involved will move quickly to set the matter for hearing. It is possible for an emergency appointment to occur within a day or two after first contacting an attorney who routinely works in these cases.

Let Our Firm Help You

At the Wood Law Firm, we are committed to providing affordable legal services including estate planning, wills, and probate to those in Tucson and the surrounding community.

Attorney Henry Wood is a member of various Bar Associations.

Please note that the information and materials contained on this website are not, nor are they intended to be, legal advice.  You should consult an attorney for individual advice regarding your specific situation.

The Firm does not guarantee that any information on this website is complete or up-to-date.  Transmission of the information contained in the Firm website is not intended to create an attorney-client relationship with the Firm or any of its individual attorneys.  The Firm cannot represent you until it confirms that such representation will not create a conflict of interest.  No attorney-client relationship is created with the Firm absent an express agreement between the Firm and the client.

What is Probate in Arizona?

How Long Does the Probate Process Take in Arizona?

Do we need to have probate? Maybe not.

How does a family prepare for an elder's future?